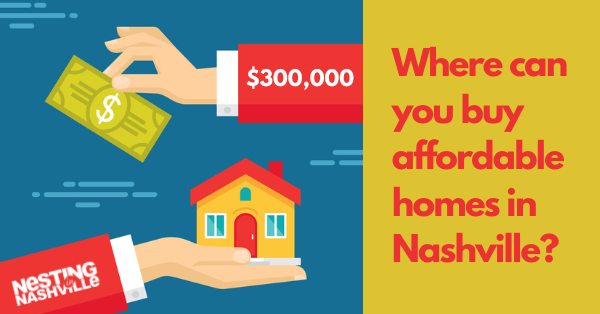 When shopping for homes in Nashville, many people assume you can’t buy “anything good” under $300,000 in Davidson County anymore. While those properties aren’t as plentiful as they were just a few years ago, there are still good deals in our area, even with historically low inventory. So, where should you focus your search?

The zip codes making up Antioch are, frankly, the best places to find single-family homes under $300k in Nashville. In the last six months, 93 single-family homes sold in 37013 alone between $200k-$300k*. Depending on the area you’re searching, you can find mid-century ranch homes, ’80s and ’90s unrenovated vinyl siding homes, newer 21st-century cottages, and more. Many of these homes will be under 1,400 sq. ft. and usually will feature 2-3 bedrooms and 1-2 baths. If you’re ready to do some serious renovations, you can find places up to 2,000 sq. ft. within your budget. (Browse Antioch homes for sale)

There is a persistent whisper campaign among area residents that Antioch is less than desirable, mostly for racist reasons. The area enjoys remarkable ethnic diversity, and with that comes some of the best affordable cuisine options in the city. It also enjoys some of the best long-term appreciation rates in the city. In January 2017, well after the start of the Nashville boom, the average sales price in Antioch was $172,500. Today, that number is $350,000, and we expect the gains to continue.

This area bordering East Nashville and Donelson is the second best place to find a single-family home under $300,000 in Nashville. In the last six months, 70 single-family homes sold in Madison priced between $200k-$300k*.  As the boom developed during the mid-2010s, East Nashville became too expensive for many of the hipsters that made it cool to begin with, and the migration of artists moving north into Madison went from a trickle to a stream. Today you can still find plenty of homes built between 1930 and 1990, usually under 1,300 sq. ft. and featuring 2-3 bedrooms and 1-2 baths. There will be plenty of “investor specials”, but also many appropriate homes for first-time buyers, and even some attractive, renovated older homes that remind you of the smaller properties of East Nashville.

Madison is great for those who want to be close to the city with a reasonable budget and still far enough away to have a little elbow room between neighbors. Some parts of Gallatin Rd. can be a turn-off, with outdated strip malls, fast food chains, and check-into-cash establishments, but just a street or two deeper on either side can reveal neighborhoods with cute mid-century homes, large green lots, and even decent walkability. Average home prices there are currently running ~$330,000*. (Browse Madison homes for sale) 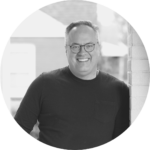